If you love animals, you probably feel compelled to help when you find a wild animal in pain or orphaned. Unlike finding an injured dog or cat, however, assisting an injured wild animal is more complicated--especially if it is facing extinction.

What is an Endangered Species?

The Endangered Species Act gives special federal protection to species that are facing possible extinction. Species protected under the Act are classified as either "threatened" or "endangered." If a species is threatened, it is facing a strong possibility of becoming extinct within the near future; if a species is endangered, then its numbers are so scarce that it is in grave danger of imminently becoming extinct. Species become threatened or endangered for a variety of reasons, including habitat destruction, pollution, over-predation, and disease, often as a result of human activities.

What Animal Species are Threatened or Endangered?

Many animal species here in the United States are classified as either threatened or endangered. Some of the most widely-recognized species protected under the Endangered Species Act include the gray wolf, American crocodile, California condor, jaguar, Florida panther, and grizzly bear.

What Happens If You Find an Injured Animal Protected Under the Act?

Believe it or not, you can still come face-to-face with an animal that is protected under the Act. When an animal is granted Endangered or Threatened status, the species might be protected throughout the entire country, or only in limited regions. Regardless of whether the species is facing widespread disappearance on a regional level or a national one, you must ensure that, should you encounter one of these animals, you do not violate the regulations in the Endangered Species Act.

In many cases, it is against the law to capture or keep an animal, even if it is injured. For species protected by the Act, the penalties for possessing or caring for an animal--even an injured one--can be steep. So, what is an animal lover to do?

First, determine if the animal is indeed injured. Bleeding, lethargy, and broken limbs are sure signs of injury. If the animal is young, explore the surrounding area for evidence of a deceased parent; the animal might be orphaned.

If at all possible, refrain from touching the injured animal. If you approach the injured animal, there is a good chance that it will respond out of fear and either lash out at you or attempt to escape. This places both you and the injured animal at risk. Instead, get in touch with your state's wildlife rehabilitation agency. Wildlife rehabilitators are usually found in state wildlife, fish and game, or forestry agencies. These professionals can help you determine if the animal is an Endangered or Threatened species and give you guidance for capture or care. The state agency will likely send someone to take over the situation, but you may be instructed to take the animal to an emergency wildlife veterinarian like one from River View Veterinary Service LLC instead. 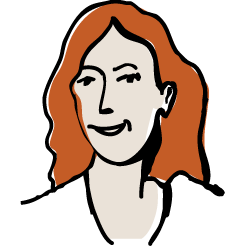